I think that I must have entered Bizarro World.

You know, the strange planet in the Superman comics where they do everything the opposite the way it’s done on Earth. I get the impression from reading this article from USA Today.

“After the experience of the last 44 years of military occupation and all the conflict and friction, I think it would be in the best interest of the two people to be separated,” Maen Areikat, the PLO ambassador, said during a meeting with reporters sponsored by The Christian Science Monitor. He was responding to a question about the rights of minorities in a Palestine of the future.

Such a state would be the first to officially prohibit Jews or any other faith since Nazi Germany, which sought a country that was judenrein, or cleansed of Jews, said Elliott Abrams, a former U.S. National Security Council official.

And yet, somehow it is Israel that is the evil apartheid state, even though some 20% of Israel’s population are Arabs who have all the same rights as Israel’s Jewish population. And, the Palestinian Authority is somehow on the side of the angels, even though they are notoriously corrupt and undemocratic as this report from Freedom House makes clear.

Corruption remains a major problem in the West Bank, though Abbas has overseen some improvements. Prime Minister Salam Fayad, appointed by Abbas in 2007, is highly regarded for his commitment to transparent government, and has been credited with significantly reducing corruption at the higher levels of the PA.
The media are not free in the West Bank. Under a 1995 PA press law, journalists may be fined and jailed, and newspapers closed, for publishing “secret information” on PA security forces or news that might harm national unityor incite violence. Several small media outlets are routinely pressured to provide favorable coverage of the PA and Fatah. Journalists who criticize the PA or Fatah face arbitrary arrests, threats, and physical abuse. Since 2007, both the PA and Israeli forces have shut down Hamas-affiliated radio and television stations in the West Bank. In February 2010, a PA military court sentenced Hamas-affiliated Al-Aqsa television correspondent Tareq Abu Zaid to a year and a half in prison for “transferring information and money,” despite a Palestinian Supreme Court ruling calling for his release. In July, the PA Ministry of Communications issued notices to 19 radio and 25 television stations to stop broadcasting for one month and “correct their positions” or face permanent closure, according to the Palestinian Center for Development and Media Freedoms (MADA). International press freedom groups regularly criticize Israel for blocking journalists’ access to conflict zones, harming and sometimes killing reporters during battles, and harassing Palestinian journalists. Israel insists that reporters risk getting caught in crossfire but are not targeted deliberately. Both Palestinian and Israeli security forces were accused of assaulting and arbitrarily detaining several journalists in 2010.
The PA generally respects freedom of religion, though no law specifically protects religious expression. The Basic Law declares Islam to be the official religion of Palestine and also states that “respect and sanctity of all other heavenly religions (Judaism and Christianity) shall be maintained.” Personal status law, which governs marriage and divorce, is based on religious law; for Muslims it is derived from Sharia (Islamic law), and for Christians it is governed by ecclesiastical courts. Some Palestinian Christians have experienced intimidation and harassment by radical Islamist groups and PA officials. In late October, blogger Waleed Hasayin was arrested on charges of defaming Islam and the Koran and violating the PA’s blasphemy laws; Hasayin was still being detained at year’s end while the PA investigated the allegations.
While Palestinian women are underrepresented in most professions and encounter discrimination in employment, they have full access to universities and to many professions. Palestinian laws and societal norms, derived in part from Sharia, put women at a disadvantage in matters of marriage, divorce, and inheritance. Rape, domestic abuse, and “honor killings,” in which women are murdered by relatives for perceived sexual or moral transgressions, are not uncommon. These murders often go unpunished.

So, how do I get back to a world that is rational? 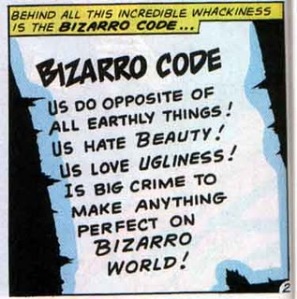