Since I am using alliteration in the title, I really ought to add mendacious somewhere, or perhaps malicious or moronic. Anyway, Micheal Moore has been rushing to make a movie just is time to (hopefully) affect the election, as he related to me in an e-mail.

Despite the craziness of the past few weeks (really, months!) that should have made Donald Trump’s chances of being president laughably low, I believe he can still win. He’s ahead in Ohio and Iowa and close in a half dozen other battleground states.1,2 He can still win because his supporters are passionate. And he can still win if all of us are too complacent and don’t do EVERYTHING WE CAN DO to stop him, repudiate his politics on Election Day, and hold Republicans up and down the ballot accountable for his toxic campaign.

So I did something—I made a new movie: “Michael Moore in TrumpLand.” It’s an hour-long comedy in which I go to Ohio to talk to Trump supporters and undecided voters about why they should join me in doing what I didn’t think I’d ever do—vote for Hillary Clinton for president!

And now I need you to do something.

Pitch in to MoveOn’s United Against Hate campaign—so they can knock on 1 million doors, distribute rapid-response videos online, and throw everything but the kitchen sink into making sure we turn out progressive voters who—like many people I know—just haven’t yet committed to voting for Hillary Clinton. Will you help out by chipping in $2.70?

Look: There are only 15 days left, and we are fighting a creature who is the embodiment of every sexist, racist, and elitist trait rolled into one human being. Donald Trump isn’t just bad news. He’s an aggressive, erratic, and dangerous bully, who boasts about sexual assault, encourages violence at his rallies, and who is now inciting a mass revolt among his gun-toting followers should he lose.

On Election Day, we need to send a loud and clear message that the white supremacists and sexual-assault apologists who have fueled and are encouraged by Trump and his campaign are heading straight for the dustbin of history.

Are you with me on this?

P.S. If you want to see my new movie, just click here to get it from iTunes. At my request, they’ve made it affordable for everyone. Also, MoveOn and I are working together to give voters in swing states more opportunities to see the film. Tell your friends about the movie, and then go knock on some doors or make some calls, for victory on November 8!

I wonder if Michael Moore has considered that if Hilary Clinton has Citizens’ United vs FEC overturned a movie like this world come under the jurisdiction of the FEC which could prohibit him from releasing it close to an election. That was in fact, the issue behind that case. Citizens’ United is a conservative non-profit organization that wanted to show an anti Hilary Clinton movie on television, but the FEC wouldn’t let them because it violated the provisions of the McCain-Feingold act which prohibits spending on “electioneering communication” by a corporation or union within sixty days of a general election. This, of course, defeats the purpose of the first amendment which was intended to protect the right of free speech, particularly political speech. Does Moore not realize that if Citizens’ United were overturned, he might not be allowed to show his movies so close to an election? Or, maybe he doesn’t believe any future campaign finance laws will apply to both sides. No one seemed to mind when he released the anti-Bush Fahrenheit 911 in order to affect the 2004 election.

I also wonder if Michael Moore is aware that most of the violence this election year seems to be directed at supporters of Trump. I have read more accounts of Trump supporters being attacked, signs being stolen, property being vandalized, than the reverse. This is not unexpected. Most Republicans, even those, like me, who dislike Trump view Hilary Clinton as “Crooked Hilary”, an immoral, corrupt woman who should not be president. You don’t necessarily hate a crooked politician or wish to attack their supporters. Trump, however, is viewed by many Democrats as “embodiment of every sexist, racist, and elitist trait rolled into one human being” who supports violence and sexual assault, not to mention the second coming of Adolf Hitler and possibly the Anti-Christ. Naturally, such an evil candidate must be stopped by any means necessary, legal or illegal.  This applies to his supporters, who after all are, “white supremacists and sexual-assault apologists who have fueled and are encouraged by Trump” who has “gun-toting followers” ready to initiate a “mass revolt” if Trump loses. It seems to me that it is people like Michael Moore who are inciting the violence by labeling their political opponents as somehow less than human. So much for civility. 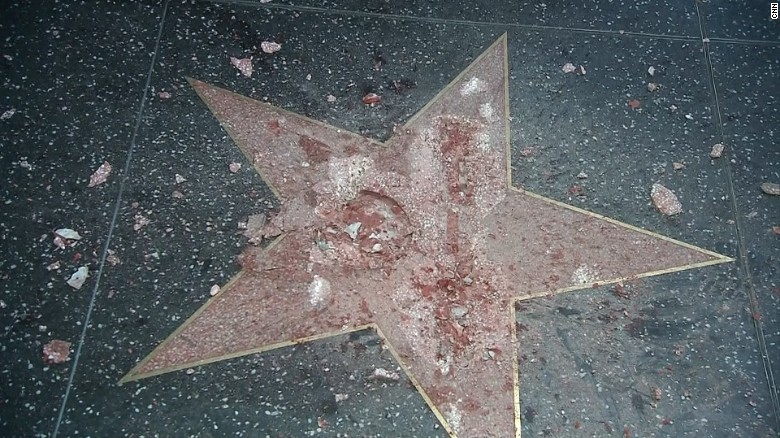 Finally, since the effort to stop Trump is so important, why didn’t Micheal Moore ask iTunes to distribute his new movie for free. He surely has enough money to cover the costs of making the movie and compensating Apple for distributing it for free. Surely Mr. Moore does not expect to make a profit from this venture. As a wise man once said, “at a certain point, you’ve made enough money”. I think Micheal Moore passed that point a long time ago.

I got an update from the Truth Team today, written by none other than former presidential candidate John Kerry.

Trust me: You and I learned the hard way eight years ago this August that in the new world we’re living in — one with 24-hour news cycles, the internet, blogs, the echo chamber, and now the new Citizens United-fueled Republican money machine — even completely baseless attacks can stick if people don’t call them out quickly enough. No matter how self-evidently false the attacks are, or how disreputable the people telling them may be, there’s no attack that can’t take hold.

Seeing the new outrageous attacks made against President Obama from a shadowy Republican-allied veterans group called OPSEC, which take issue with the mission to kill Osama bin Laden, remind me all too well of the notorious “Swift Boat” attacks I faced in the 2004 campaign. I honor and appreciate the service of my fellow veterans, but a false attack is a false attack — no matter who’s making it.

This would be the same John Kerry who testified about atrocities committed by his fellow servicemen. Atrocities that were apparently a product of his imagination. He can say what he wants about the “Swift Boat” attacks, but the fact that some of the men who served with him were willing to come forward to oppose his candidacy for the Presidency says a lot about just what his fellow veterans really thought of him.