In the old days, popes were a lot more fun than they generally are nowadays. Twentieth and twenty-first century popes generally make nice speeches about helping the poor, ending war, and occasionally clarifying some bit of Catholic theology, not at all like the times when popes led armies into battle, appointed their relatives to all the top positions in the Church or had sex scandals with scores of mistresses and illegitimate children. The Papacy has become more tame and while that must be of considerable relief to the millions of Catholics who revere the Pope as the Vicar of Christ, it is a little disappointing to those who relish the scandalous or even the bizarre. Perhaps the strangest episode in the history of the Papacy has to be the notorious Cadaver Synod, the posthumous trial of Pope Formosus, in the year 897.

The term Dark Age is generally very inaccurate when applied to the entire Medieval Period from 500-1500, but the late ninth and tenth century was indeed a very dark time for Europe, perhaps the darkest period except for the aftermath of the destruction of the Roman Empire in the West in the fifth and sixth centuries. The Empire built by Charlemagne which included much of Western Europe was breaking up, divided between his grandchildren and great-grandchildren wh. fought among themselves incessantly. The all too brief cultural renaissance sponsored by the great king and emperor could not be maintained in a disintegrating empire and the progress made during Charlemagne’s reign was in danger of being reversed. The Carolingian dynasty had devolved from Charles the Great (Charlemagne) to Charles the Bald, Charles the Fat, and finally Charles the Simple. As if internal struggles did not create enough misery for the Europeans, invaders from every direction, the Vikings from the North, Muslims from the South and Magyars from the East, raided across Europe plundering and destroying at will. 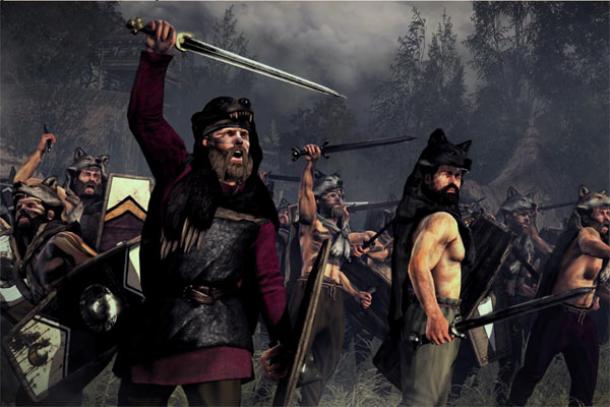 The Papacy fared no better in this tumultuous time. The popes of this period were little more than the creatures of the nobility of the city of Rome, the Papal tiara being passed back and forth among the various Roman families. Most of the popes of this era were ineffectual, short reigned, decadent and corrupt, far worse than the notorious Renaissance popes who at least had political skill and patronage of the arts and sciences to recommend them. Not for nothing was this period called the “night of the Papacy”.

This was the background in which Formosus became pope. He was born in Ostia perhaps around the year 816. In 864, Formosus was made Cardinal Bishop of Porto, a suburb of Rome, and he was trusted with diplomatic missions to Bulgaria in 866 and the Franks in 869 and 872. He carried out missionary work among the Bulgarians and impressed them enough that they request Pope Nicholas I appoint him archbishop. Pope Nicholas refused since transferring a bishop from one see to another was a violation of canon law. Upon the death of Pope Adrian II, Formosus was a candidate for the Papacy, but John VIII was selected instead. Formosus seems to have had some sort of disagreement with John VIII, since he left his post as Cardinal Bishop and the city of Rome. Pope John order his return to Rome on pain of excommunication of various charges including opposition to the Holy Roman Empire, conspiring to seek the archbishopric of Bulgaria and the Papacy, and abandoning his post as Cardinal Bishop. His excommunication was withdrawn in 878 but he was forbidden to enter Rome or exercise his priestly functions. John’s successor, Marinus I was more favorably disposed towards Formosus and he restored him to his post at Porto in 883.

Marinus I and his two successors, Hadrian III and Stephen V had short reigns as Pope and by 891 the Papal throne was vacant once more. This time Formosus was elected Pope with no opposition. He would reign from 891 until his death in 896. As pope, Formosus was more involved with political issues, both secular and ecclesiastical, than pastoral matters. He was asked to rule on the status of Eastern Bishops ordained by an ousted Patriarch of Constantinople, and tried to settle a dispute over the crown of West Francia, or France. Formosus did not get along with the Holy Roman Emperor Guy of Spoleto and had to endure an invasion of Italy in 894. As if that wasn’t enough, Formosus had to contend with raiding Saracens ravaging the coasts of Italy.

Pope Formosus died in 896 after a short reign of a little less than five years. He wasn’t one of the more notable popes and it is likely that he would be altogether forgotten if it were not for his macabre posthumous career. Formosus was succeeded by Boniface VI who died after only fifteen days as pope and then Stephen VI who convened the Cadaver Synod. In January 897, Stephen VI had Formosus’s corpse disinterred, dressed in his papal vestments, propped up on a throne and put on trial . The charges were  transmigration of sees, from the Bulgarian affair, perjury, and serving as a bishop while a layman. Since Formosus could hardly be expected to answer these charges verbally, a deacon was appointed to answer for him. According to some accounts, when questions were put to Formosus, this deacon moved his head to indicate yes or no. Naturally, the court found Formosus guilty on all courts. Pope Stephen VI had Formosus stripped of his papal vestments and the three fingers of his right hand that were used for blessings cut off. He then invalidated all Formosus’s ordinations (except for his own ordination as Bishop of Anagni) and annulled all his acts and measures and had the corpse thrown into the Tiber.

You might think this would be the end of this bizarre affair, but Pope Formosus got revenge, of a sort. The strange trial of a cadaver turned public opinion against Stephen VI. Formosus’s body washed up on the banks of the Tiber and rumors began to spread that his body was performing miracles. A mob deposed and imprisoned Stephen VI and by August 897 he found strangled in his cell. Formosus was buried in Saint Peter’s Basilica. In December 897, Pope Theodore II nullified the findings of the Cadaver Synod and future posthumous trials were prohibited.

It is easy to smile at the antics of these Dark Age barbarians. Surely, in our more enlightened time, no one would dig up buried corpses and put them on trial. I am not so sure about that. As I write this, the city council of Memphis, Tennesee has just voted to exhume the corpse of Confederate General Nathan Bedford Forrest and move him from the park where he has been buried for the last one hundred and ten years. They also plan to remove his statue from the site and sell it. Forrest was not only a Confederate general, which is bad enough, but also one of the founders of the Ku Klux Klan, which makes him one of the most evil men in history, clearly unfit to be buried in a public place. There are no plans yet to put General Forrest on trial for hate crimes, cut off his hand that wielded his cavalry sword, and throw his body into the Mississippi, but in this current climate of anti-Confederate hysteria, it wouldn’t surprise me in the least.