Something terrifying is about to happen in Albuquerque, New Mexico according to Organizing for Action.

Something pretty scary is happening in Albuquerque right now.

Voters will cast ballots on November 19th on an initiative that would ban abortions after 20 weeks with virtually zero exceptions.

This is a serious attack on women — and it’s a deliberate attempt by extreme interest groups to test their latest anti-women strategy.

We can’t let this initiative succeed in Albuquerque — add your name right now and fight back against this attack on women’s health.

The groups behind the ballot initiative are extremely well funded and — if they win in Albuquerque — you can bet they’re going to take this approach to cities and states across the country.

OFA is working with a strong coalition of organizations that are dedicated to fighting back on the ground in New Mexico. But we need anyone who cares about this fight to stand in solidarity no matter where they live.

Join in and stand up for women in Albuquerque and anywhere else their rights are threatened:

—————-
The other side will spend millions to maintain the status quo. We’re fighting for change — chip in $5 or more to support OFA today.

Actually it seems that the other side are the people who want to change something while Organizing for Action is trying to maintain the status quo.

Whenever I see the word extreme these days, I can’t help but think of Inigo Montoya. 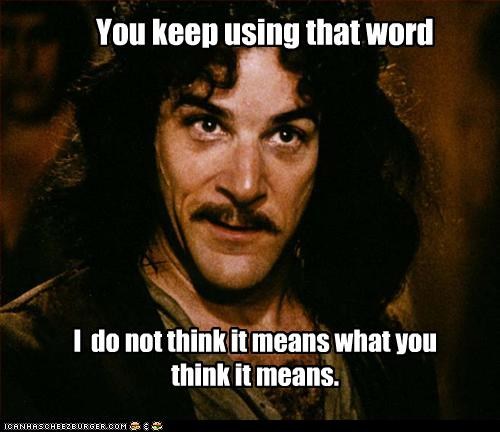 It would seem then, that the mainstream public opinion in America is disapproval of abortion but a reluctance to outlaw it. Americans generally support legal abortion up to 20 weeks and a large minority up to 24 weeks. Beyond that, Americans grow increasingly uncomfortable. With all this in mind, the proposed ballot initiative is well within the mainstream of public opinion while the position taken by Organizing for Action, which seems to be for legal abortion right up to birth, is the extreme position.

As long as we are speaking of women’s health, I wonder if Ms. Lambe is aware that one of the most popular reasons for abortions world wide is sex selection. In many cultures, particularly in Asia, boys are much preferred over girls and parents will abort the fetus if they think it is a girl. There is a real war against (unborn) women in countries like China and India. I don’t expect Organizing for Action to ever say very much about these women’s right to be born.